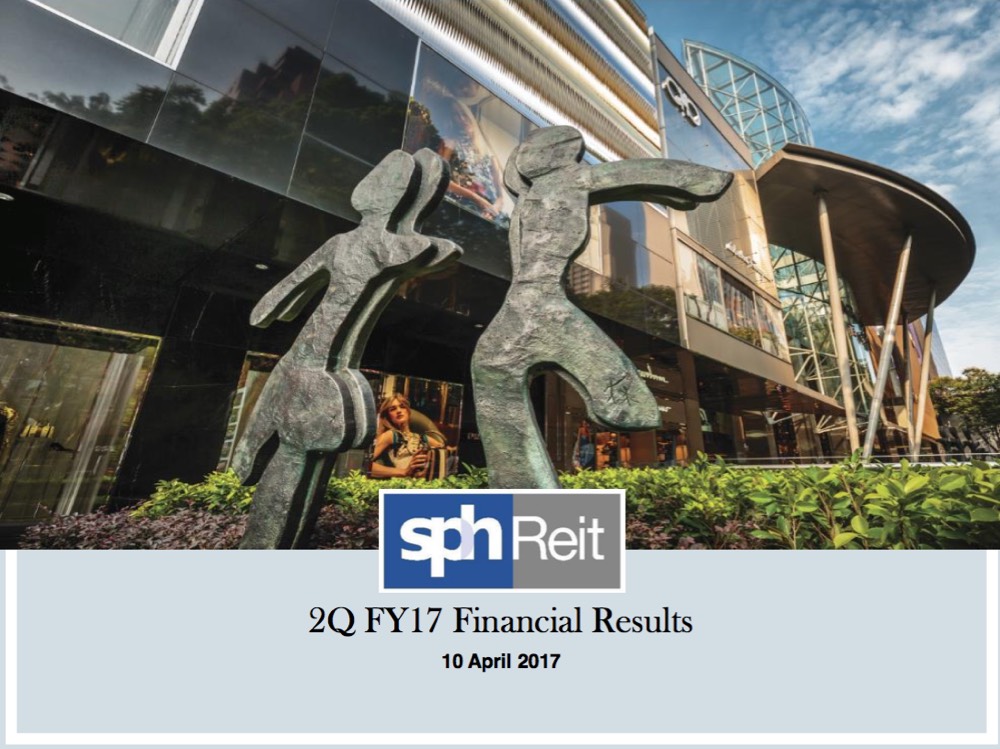 “SPH REIT has continued to deliver resilient financial and operating performance despite the prevailing economic headwinds and weak consumer sentiment. Working in close partnership with our tenants, both malls maintained its track record of 100% committed occupancy. We continue to curate a tenancy mix that will strengthen the positioning of each mall. Our tenants are the cornerstone of our business. Besides introducing new tenants to the malls, we proactively engage our tenants to rejuvenate their concepts and ambience of their stores. We strive to deliver stable and sustainable returns for Unitholders.”

Want to find out how SPHREIT stack up against other Singapore REITs? Click here!

Both properties continued to demonstrate resilience, with positive rental reversion and full occupancy. Paragon achieved a moderate rental uplift of 4.3% for new and renewed leases in 1H 2017. The Clementi Mall’s second renewal cycle in 2017 is progressing well. With about 85% of leases expiring in 2017, about 74% by gross rental income have been renewed ahead of time.

The Clementi Mall recorded a positive rental reversion of 8.3% for the leases 2 expiring in 1H 2017 representing 30% of the second renewal cycle. The Clementi Mall received strong endorsement by tenants with an estimated retention rate of 90% by NLA and management also took the opportunity to curate fresh F&B concepts to continually excite the shoppers.

SPH REIT has a well-staggered debt maturity profile, with weighted average term to maturity of 2.6 years and gearing level of 25.7% as at 28 February 2017. It registered an average cost of debt of 2.79% p.a. for 1H 2017. To mitigate exposure to interest rate risk, 85.9% of the total borrowing was on fixed rate basis.

This release may contain forward-looking statements that involve risks and uncertainties. Actual future performance, outcomes and results may differ materially from those expressed in forward-looking statements as a result of a number of risks, uncertainties and assumptions. Representative examples of these factors include (without limitation) general industry and economic conditions, interest rate trends, cost of capital and capital availability, competition from similar developments, shifts in expected levels of property rental income, changes in operating expenses, including employee wages, benefits and training, property expenses and governmental and public policy changes and the continued availability of financing in the amounts and the terms necessary to support future business. Investors are cautioned not to place undue reliance on these forward-looking statements, which are based on current view of SPH REIT Management Pte. Ltd. (as the manager of SPH REIT) on future events.