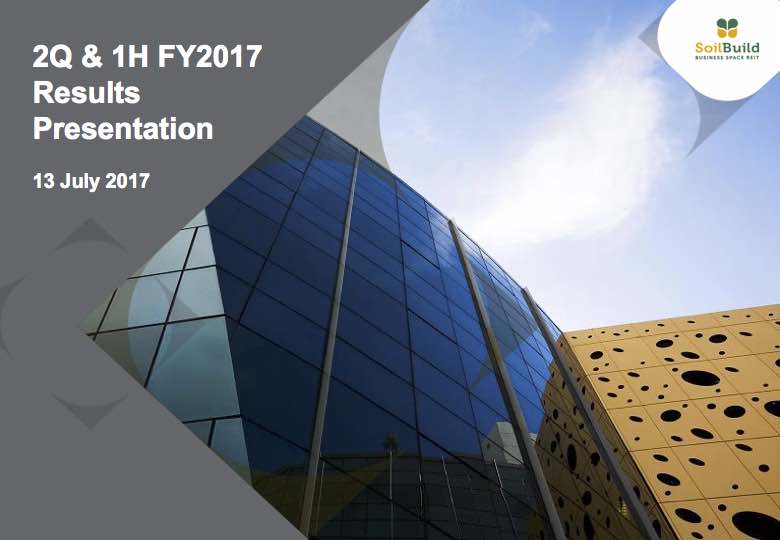 “We are pleased to deliver 2Q FY2017 DPU of 1.466 cents. Despite a soft industrial market, the leasing team has secured more than 110K sq ft of new leases and completed more than 200K sq ft of renewals and forward renewals in this quarter, raising portfolio occupancy to 92.6%. With 7.6% of the portfolio NLA expiring in the second half of 2017, the key asset management focus remains to retain existing tenants and improve occupancy in the multi-tenanted buildings and 72 Loyang Way. With the full utilisation of the security deposit received for 72 Loyang Way, the distributable income will be negatively impacted until the Manager finds a suitable replacement anchor tenant.”

Property expenses were 25.7% higher due to a one-off reversal of property tax expense for West Park BizCentral in 2Q FY2016 arising from the re-assessment of annual values by the tax authority, coupled with higher property operating expenses for 72 Loyang Way and Bukit Batok Connection. In 2Q FY2017, the property and lease management fees amounting to S$0.5 million were payable in cash.

Soilbuild REIT has maintained its net property income contribution from 72 Loyang Way until May 2017 by utilising the security deposit received.