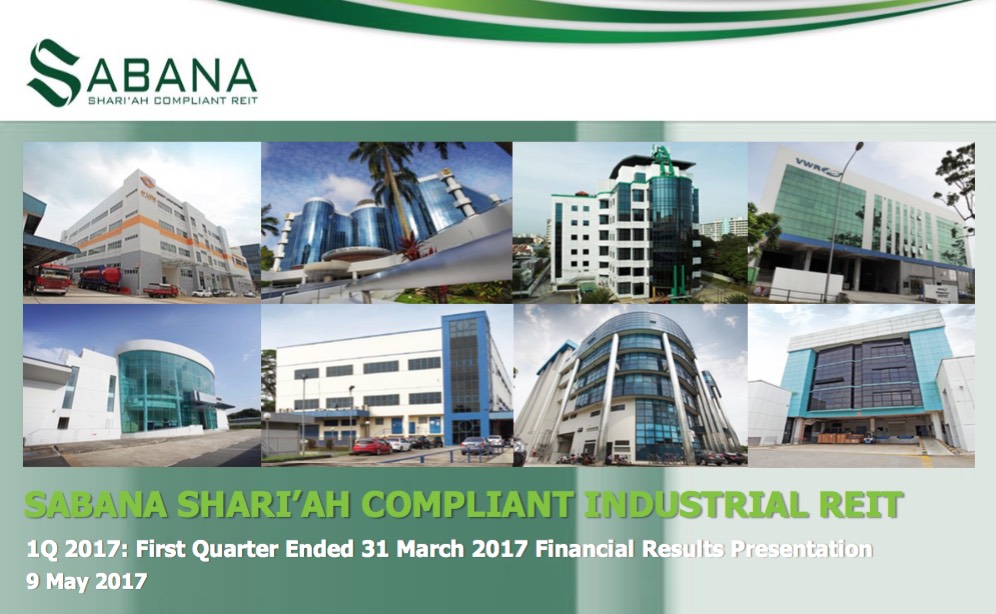 For the quarter ended 31 March 2017, gross revenue and NPI for the quarter decreased by 6.9% and 12.1% respectively due to lower contribution from 200 Pandan Loop and 3 Kallang Way 2A (“2016 Divested Properties”) which were divested in 1Q 2016, lower occupancy from the multi-tenanted properties of 23 Serangoon North Avenue 5, 2 Toh Tuck Link, 8 Commonwealth Lane, as well as 39 Ubi Road 1, which was converted into a multi- tenanted property in 4Q 2016.

NPI was affected by higher property expenses due to increased net impairment losses on trade receivables in 1Q 2017 over 1Q 2016 largely arising from the master tenants at 1 Tuas Avenue 4 and 6 Woodlands Loop whose arrears were in excess of the security deposits held. The Trust also incurred higher service, repairs, maintenance, property tax, land rent, utilities and marketing expenses from 39 Ubi Road 1 upon conversion into multi-tenanted lease arrangements in 4Q 2016, partially offset by savings in lower property expenses from the multi-tenanted and non-triple-net master tenanted properties in 1Q 2017 over 1Q 2016 and from the 2016 Divested Properties which were divested in 1Q 2016.

At Sabana REIT’s Annual General Meeting held on 28 April 2017, Unitholders voted against the resolution to authorise the Manager to issue units and to make or grant convertible instruments. As a result, and in the interest of supporting Unitholders to cushion the dilutive effect on the DPU, the Manager has decided to give a one-time reduction of its base fee for 1Q 2017 by 75%. The quarterly DPU would have been approximately 0.89 cents had the Manager continued to receive 80% of its fees in units under the general mandate, and approximately 0.80 cents if the Manager had not forgone any of its fees and received 100% of its fees in cash. In order to fund the working capital required by the Manager, the Manager may from time to time sell the units which the Manager received in the past from Sabana REIT in part payment of the base fee.

For the quarter ended 31 March 2017, the total outstanding borrowings for Sabana REIT stood at approximately S$367.8 million, lower than S$441.1 million as at 31 December 2016. Weighted average all-in cost of borrowings also decreased to 4.0% per annum from 4.2% in the previous quarter.

Following the repayment of borrowings using the Rights Issue proceeds while pending the deployment of the funds for their intended purposes3, the Trust’s aggregate leverage was lowered from 43.2% to 36.1% during the quarter and is well-within the Manager’s target of not more than 40%. As at 31 March 2017, S$68.0 million of the Trust’s revolving credit facilities remained undrawn.

The Manager has also resumed discussions with lenders for the refinancing of the Commodity Murabaha Facility and Convertible Sukuk maturing in August 20174 and September 2017 following the conclusion of the Extraordinary General Meeting held on 28 April 2017, and targets to refinance the S$57.8 million maturing borrowings ahead of their maturity dates. The Manager will also continue to explore new ways to diversify funding sources for the Trust and improve the Trust’s borrowings maturity profile.

Based on advance estimates released by the Ministry of Trade and Industry (MTI), the Singapore economy grew by 2.5% in the first quarter of 2017 on a y-o-y basis, a decrease from the previous quarter. On a quarter-on-quarter seasonally-adjusted basis, the overall GDP declined by 1.9%, after a strong rebound of 12.3% from the last quarter5.

In the latest quarterly survey by the Monetary Authority of Singapore in March 2017, private economists forecasted the economic growth for 2017 to be at 2.3%. This is a significant increase from the 1.5% growth projected in the survey reported in December 20166.

The Manager expects market conditions to remain challenging. With the onset of economic and political uncertainties in the global economy and over-supply of industrial space, overall rentals are likely to continue to face downward pressure. The Manager will continue its rigorous marketing and leasing efforts to diligently manage the near-term fluctuations from the Trust’s lease expiry/renewal cycle to improve the occupancy level.

Sabana REIT will be allocating S$21,250 to Smile Asia, an alliance of charities which has been providing medical assistance to children with facial deformities. The funds will be utilised to support their medical efforts in sending qualified medical professionals, who will provide free surgical treatments to underprivileged children in Asia born with facial deformities like cleft lip and/or cleft palate and do not have access to proper treatment.

Unitholders can expect to receive distributions for the period from 1 January 2017 to 31 March 2017 in cash on 14 June 2017. The closure of Sabana REIT’s transfer books and register of Unitholders will take place at 5pm on 18 May 2017.

The value of units in Sabana REIT (“Units”) and the income derived from them may fall as well as rise. Units are not obligations of, deposits in, or guaranteed by, the Manager, HSBC Institutional Trust Services (Singapore) Limited, as trustee of Sabana REIT, or any of their respective affiliates.

An investment in Units is subject to investment risks, including the possible loss of the principal amount invested. Investors have no right to request that the Manager redeem or purchase their Units while the Units are listed. It is intended that unitholders of Sabana REIT may only deal in their Units through trading on the SGX-ST. Listing of the Units on the SGX-ST does not guarantee a liquid market for the Units.